The Japan Automobile Manufacturers Association (JAMA) addressed the media for the first time this year at an online press briefing on January 27. Chairman Akio Toyoda presided and all of JAMA’s sitting as well as incoming vice chairmen joined. Together, they announced the association’s five priority focus points for this year, which they had discussed at the preceding Board of Directors meeting. 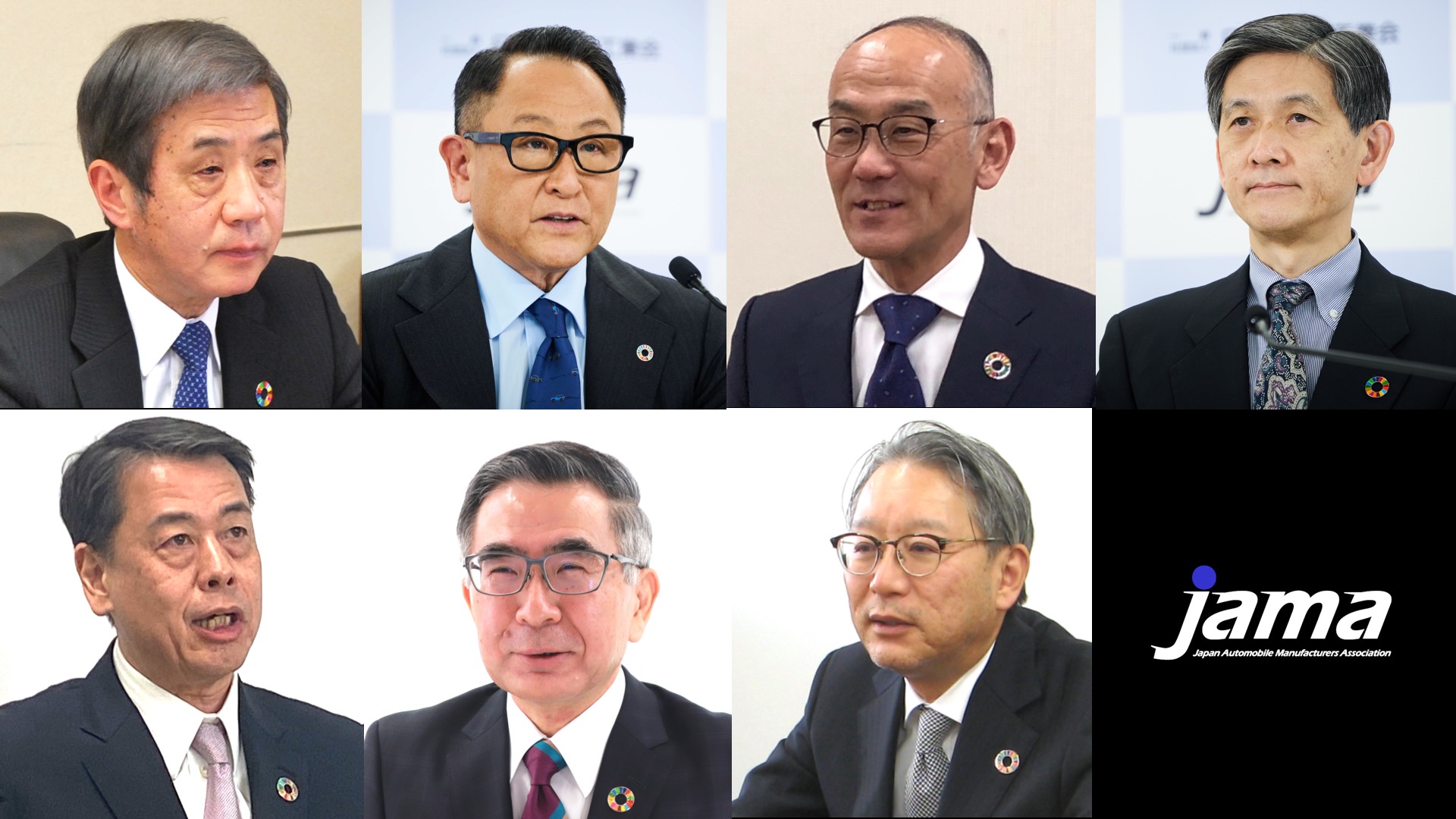 A month has already passed since the start of the new year. We are now in our third year of living with COVID-19, and, currently, infections from the Omicron variant are rapidly increasing across Japan and the world.

I would like to express my heartfelt gratitude to all the medical professionals and others who are working hard every day to keep our economy and society going.

We are also now facing longer new-vehicle delivery times due to parts shortages and other pandemic impacts. I would like to apologize to our customers who are looking forward to receiving their vehicles for this inconvenience. I would also like to express my deepest gratitude to all the people in production who continue their serious effort every day under these difficult circumstances.

At the beginning of this year, the efforts of all involved made it possible to hold the Tokyo Auto Salon for the first time in two years. 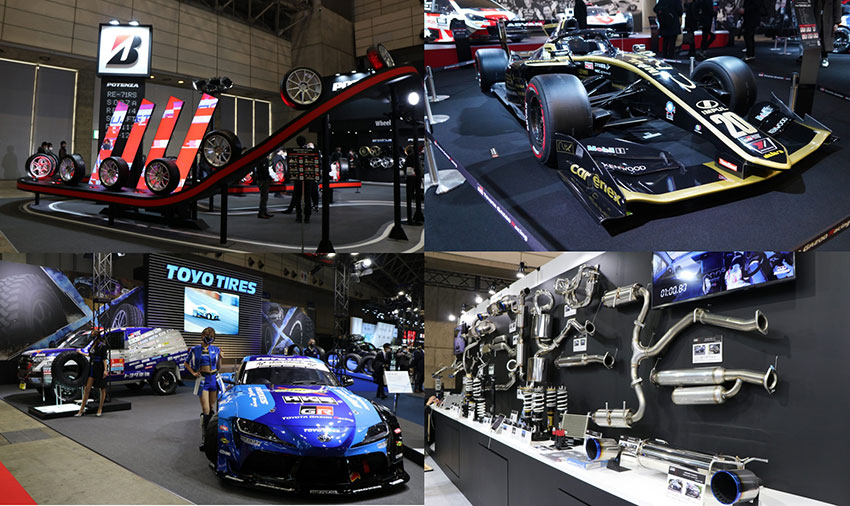 As a car-lover, I visited the venue and saw many parts manufacturers offering original ideas on how to customize and enjoy cars. Car fans came together, and the atmosphere was truly one of a festival for car-lovers.
What I keenly felt while on site was that the automotive industry is one built on connections and support between many people. And, most of all, it was clear that cars are fun!

No matter how the times change, what we want to create is a fun future, and we can make it more fun if we do it together. I started the new year with a renewed sense of the importance of that origin point. 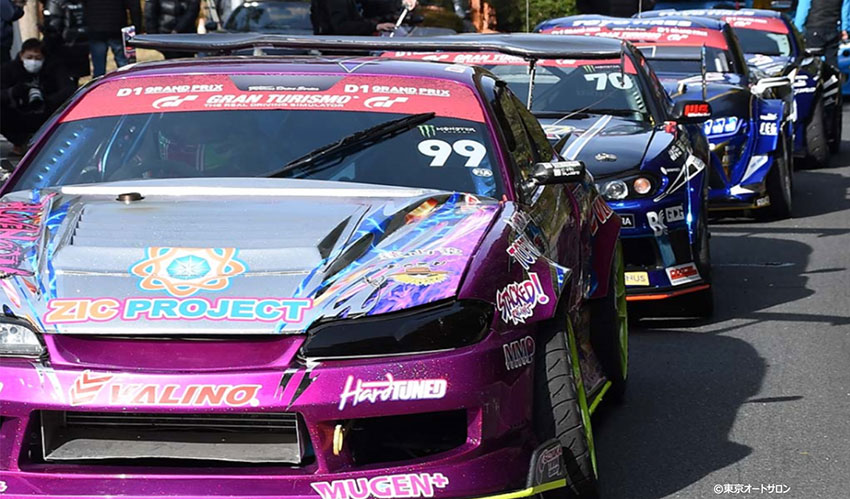 At our first board meeting this year, we discussed this year’s key themes for the automotive industry. Our goal, with the automobile playing a pivotal role, is to help create a society in which everyone can be happy. For this, we established five priority focus points. 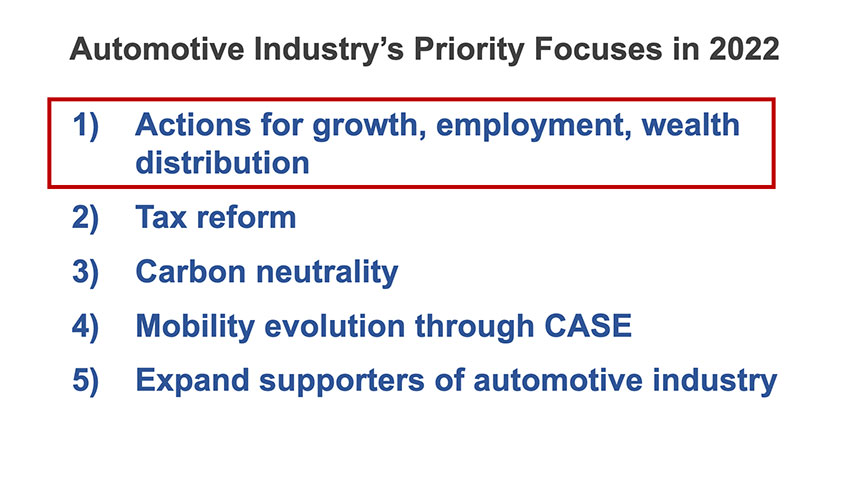 Growth and distribution form the backbone of all of them. With the spring labor-management negotiations due to start next month, and with Prime Minister Kishida placing this issue at the center of his policies, I would like to share my thoughts on this topic.

The automotive industry has long promoted providing returns to and sharing with all stakeholders. During two years of the COVID-19 pandemic, we have created new jobs for 220,000 people. Assuming that the average annual income for each person is 5 million yen, we can calculate that 1.1 trillion yen has found its way into household budgets. In recent years, the average wage increase rate in the automotive industry has been 2.5 percent, topping all industries. Over the past 12 years, automakers have paid a cumulative total of 10 trillion yen in taxes and 11 trillion yen in shareholder returns. Our industry has continued giving back not only to our employees but also to a wide range of other stakeholders, including our business partners and shareholders. To go further, we need to increase the size of the pie. In other words, we need growth. I believe that growth is not about creating a few rich companies or people monopolizing wealth. Growth is necessary because its fruits can be spread to many people and thus can bring smiles to more faces.

How will we achieve that growth? Since the collapse of Japan’s bubble economy (in the early 1990s), Japan’s economic growth has been stagnant. In a deflationary society, it’s difficult to foresee the future, which makes people hold on to their wealth, including financial assets and personal savings. I think it is necessary to get this wealth circulating more widely.

In the automobile business, ownership turnover is key. There are now 80 million owned vehicles in Japan. The average ownership period for these has extended and is now at more than 15 years. If those can start to recirculate in 10 years (rather than 15), Japan’s annual car market would increase from the current 5 million units to 8 million units. This would increase the value of automobile shipments by 7.2 trillion yen, create new jobs, and bring more money into the entire value chain. Also, tax revenue would increase by 2.5 trillion yen, which is equivalent to 1 percent of what is supplied to public coffers by the consumption tax. 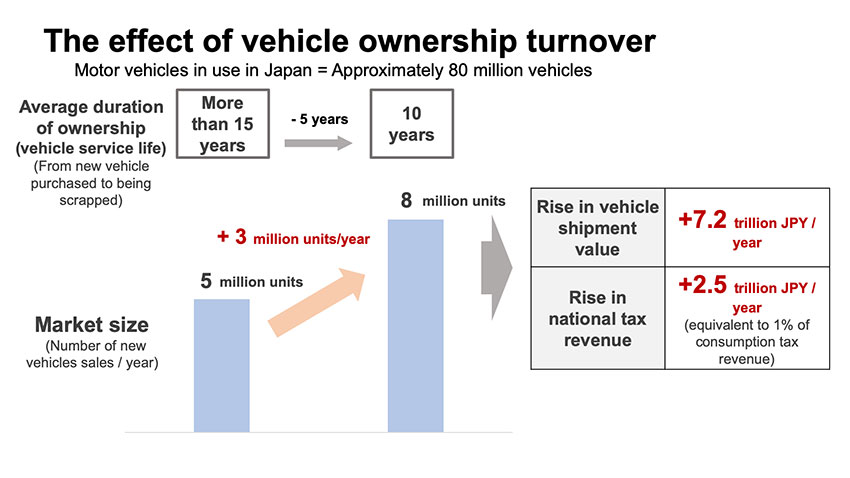 And I am not only talking about automobiles. In the CASE era, all the goods and services that support people’s lives will be connected through information, and automobiles will become not just a means of transportation but also a part of the social infrastructure serving as storage batteries and information transmission devices.

As a key industry, it is our responsibility and mission to fulfill a role as pacemaker for the creation of a better society. This year, I look forward to working with the government to discuss policies that will encourage vehicle ownership turnover so that we can achieve more “growth and distribution”. 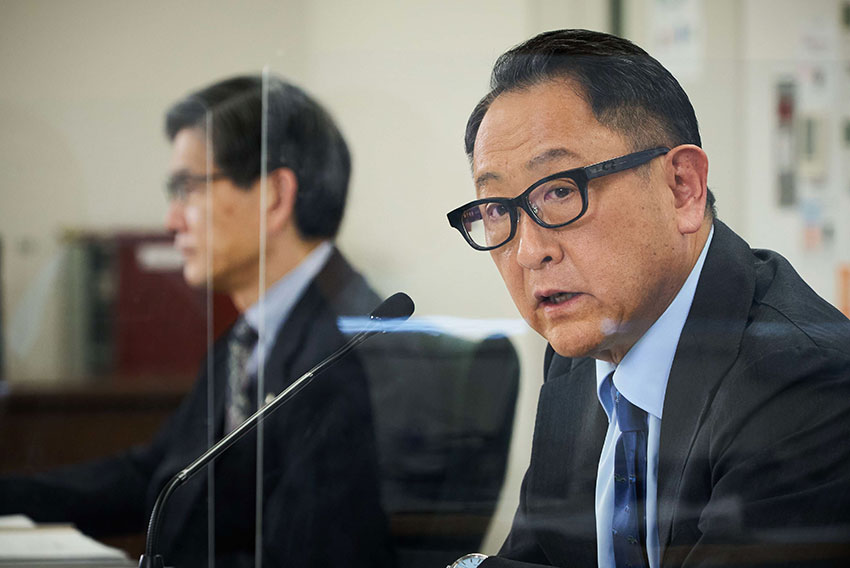 We are now in an era in which it is hard to predict the future. It is important to make decisions and take action first.

I would like to make this a year in which the automobile industry increases the number of its colleagues by taking action and in which we all move forward together. I look forward to your support again this year.