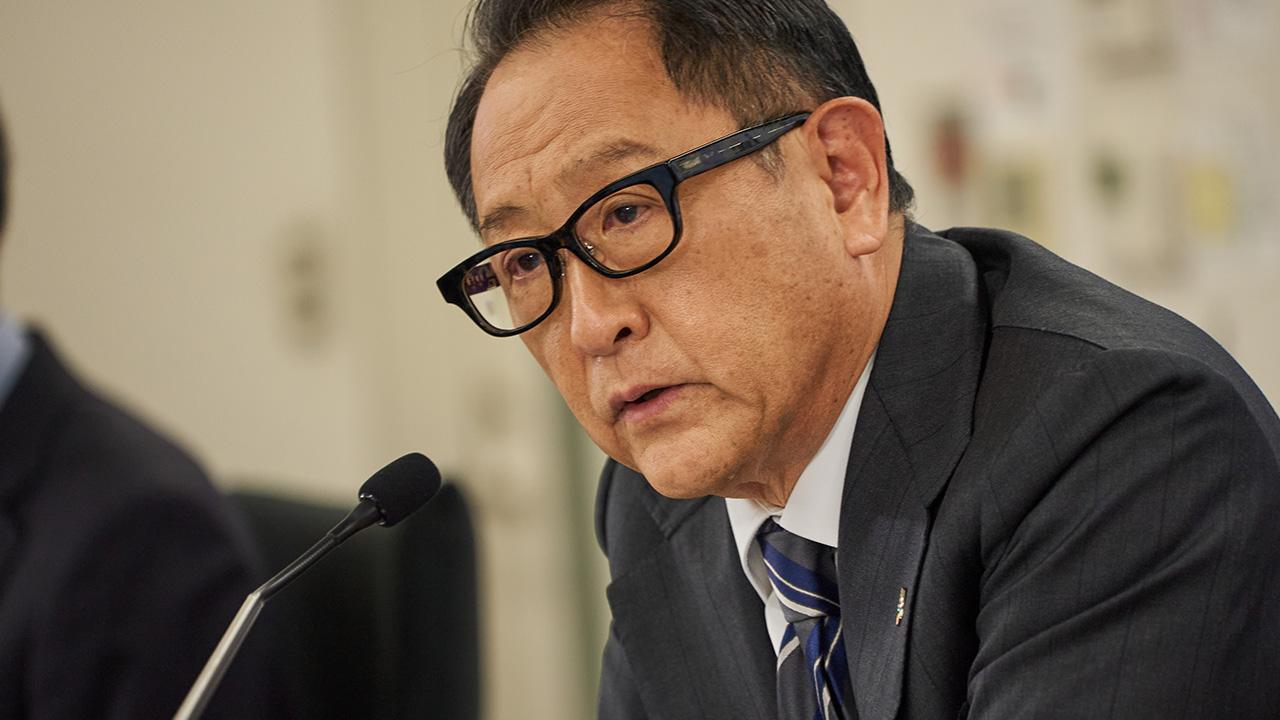 This year, the overriding topic was once again carbon neutrality.

Over the past two years, following the Japanese government’s pledge of carbon neutrality by 2050, we have called for a proper understanding of the challenge, stressing that “our enemy is carbon, not the internal combustion engine” and that CO2 emissions must be reduced across all processes of producing, transporting, and using energy. 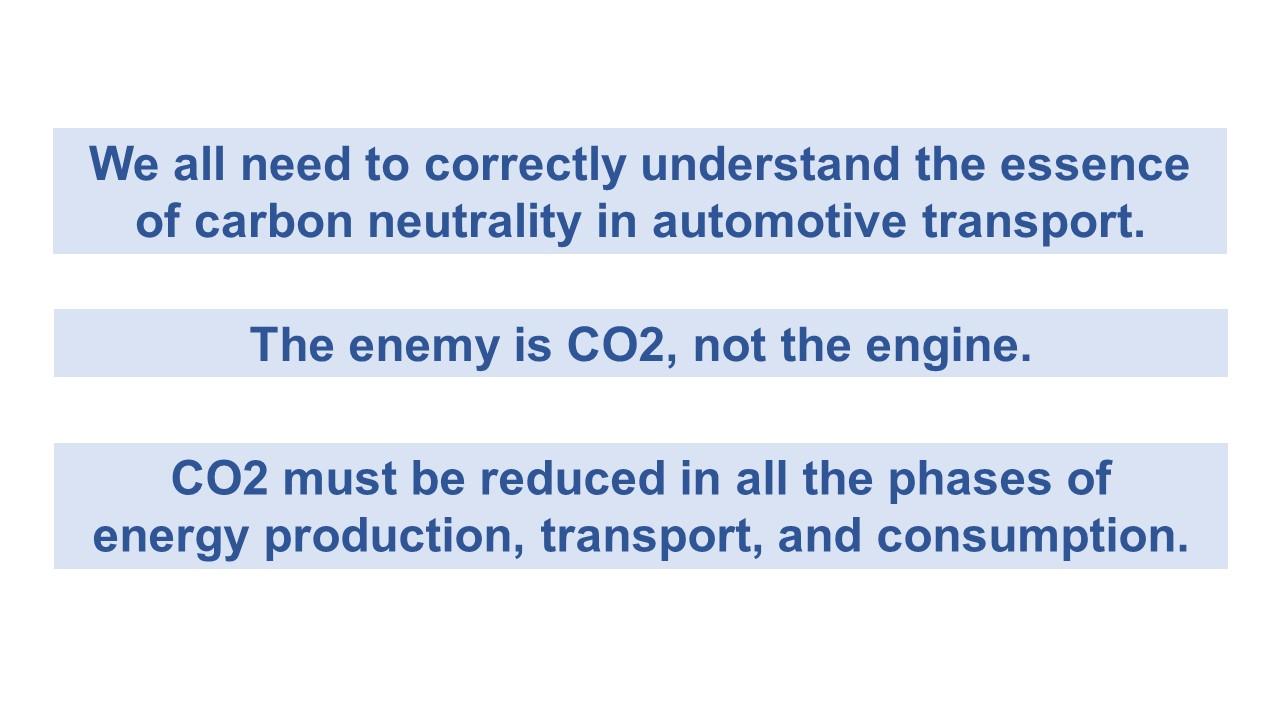 Japan possesses a diverse range of options, from minivehicles to motorcycles and heavy-duty vehicles, from hybrids to electric vehicles and hydrogen. That is why I have said the country needs to take advantage of these strengths and chart its own path to carbon neutrality.
As we have continued to demonstrate this approach through action, such as in racing and public trials, gradually more and more people have come on board.
Against this backdrop, in June we welcomed Prime Minister Kishida’s visit to the front lines of the auto industry. At Toyota’s Motomachi Plant, he witnessed our efforts to establish competitive mixed-model production as part of the shift to a full lineup of electrified vehicles. 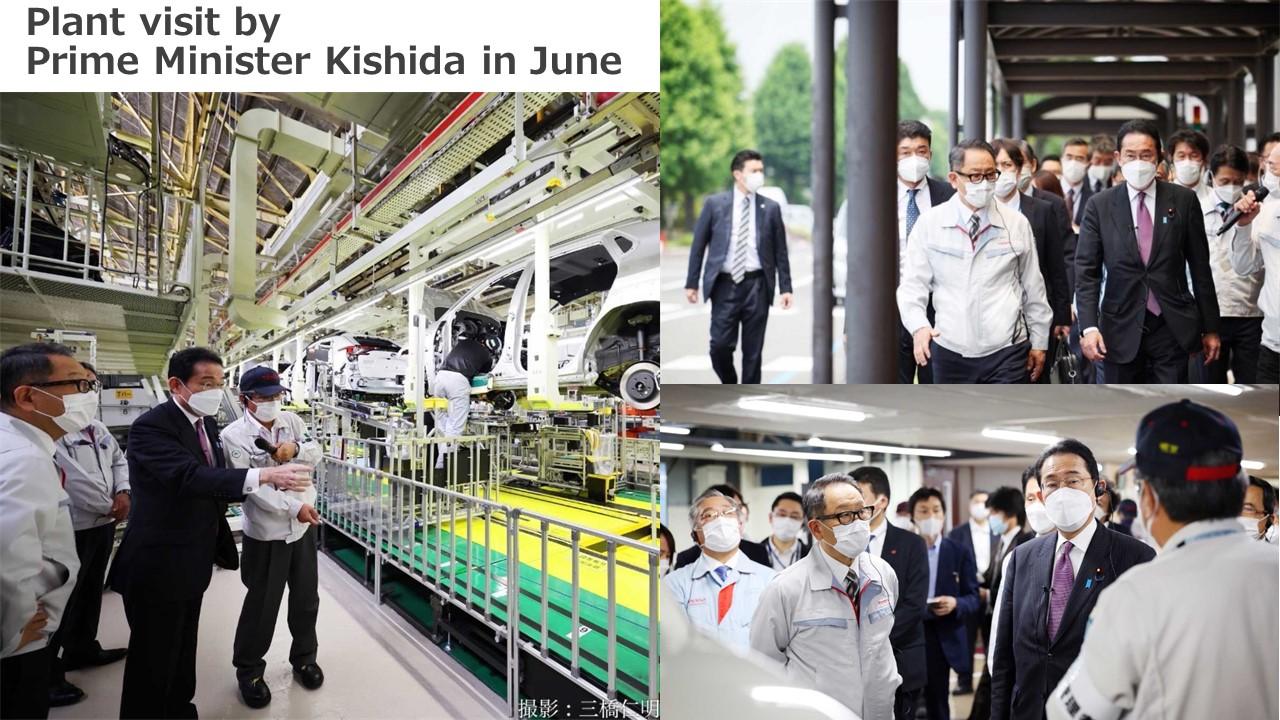 Pursuing diverse options is by no means easy. I believe the prime minister was able to get a real appreciation for the strong production frontlines that make this possible through tireless effort. Then in September, Keidanren launched its Committee on Mobility. 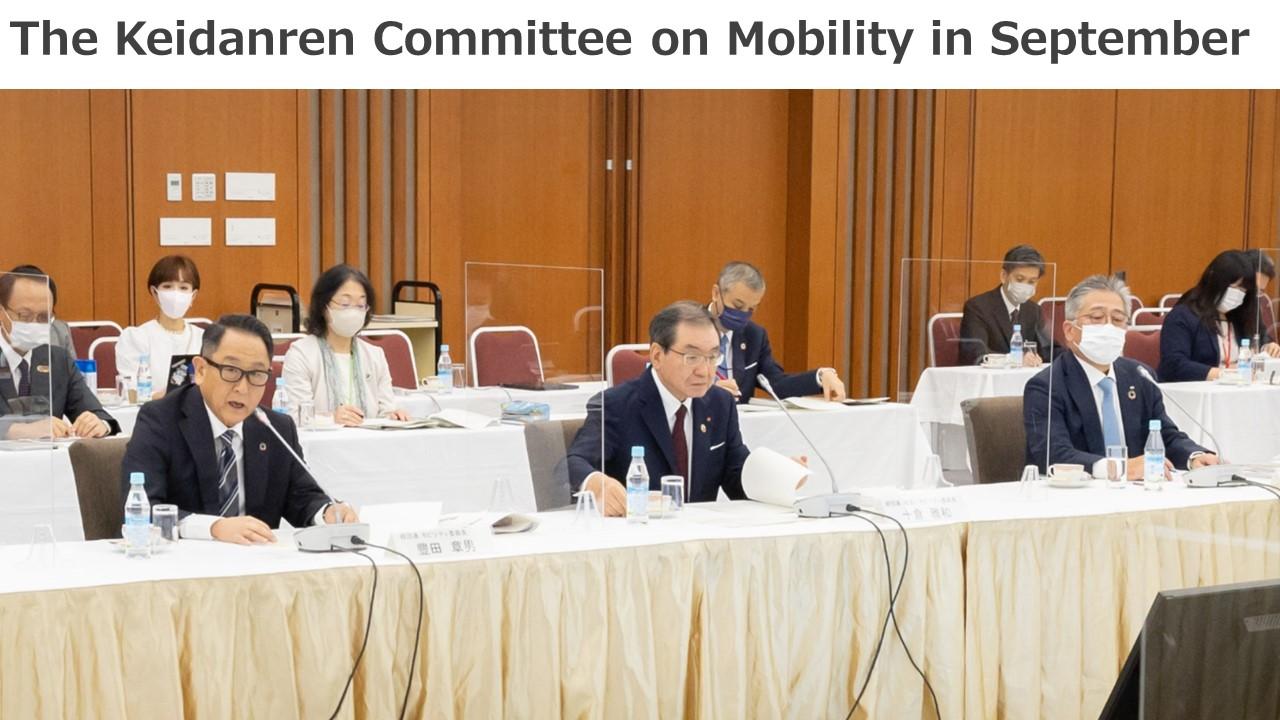 Both the pursuit of carbon neutrality and the transition to a mobility industry require collaboration across industries. The Committee on Mobility has brought together more than 200 companies willing to work together.
The circle of like-minded partners has expanded under the leadership of Chairman Tokura, and we have been able to hold dialogues with the prime minister and the LDP’s parliamentary association for automobiles. At the mobility discussions with the prime minister’s office, I expressed my commitment that the automotive industry will strive for the future of Japan. 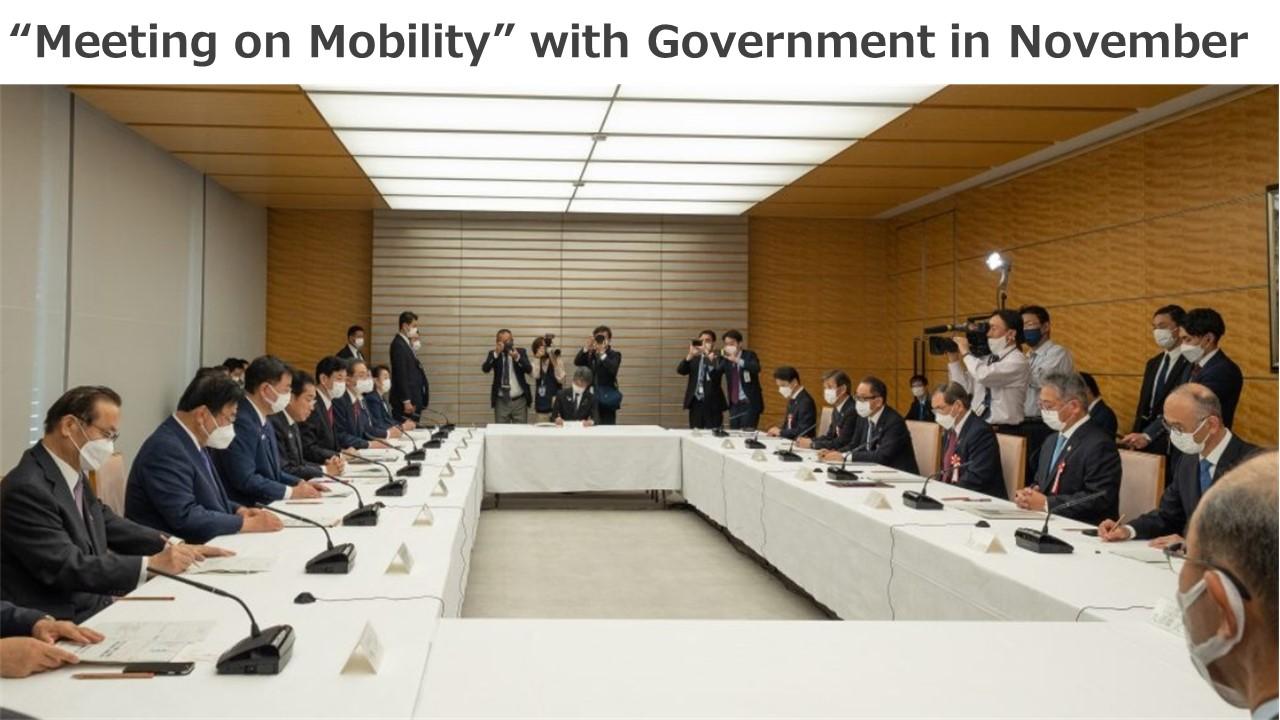 Looking back over the past 50 years, we have faced various crises, from the oil shocks of the 1970s to the trade frictions and soaring yen of the 1980s, followed by the collapse of the bubble economy in the 90s. In such times, the automotive industry has worked resolutely to turn crisis into opportunity.
As part of these efforts, we have led the world in developing fuel-efficient technologies and electrified vehicles. The result has been a 23% reduction in the CO2 emissions of Japanese cars over the past 20 years. Even by international standards, this is an extremely high achievement.
Comparing the industry in 1980 with today, sales have risen significantly from 20 trillion yen to 60 trillion, as have tax contributions and trade income earnings, each from 8 trillion to 15 trillion yen. And most importantly, we have sustained employment for 5.5 million people. 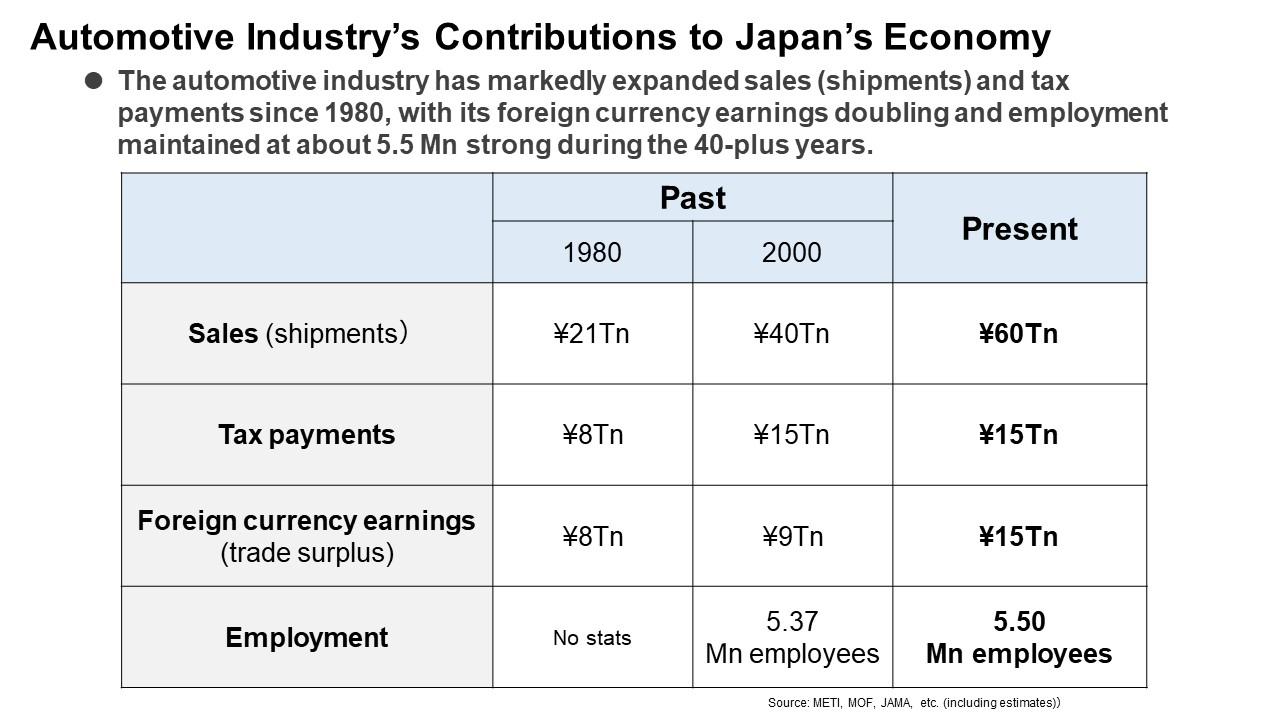 If we include other mobility-related industries such as railways and aviation, the current workforce is 8.5 million people, with the potential to grow to 10 million jobs in the future. 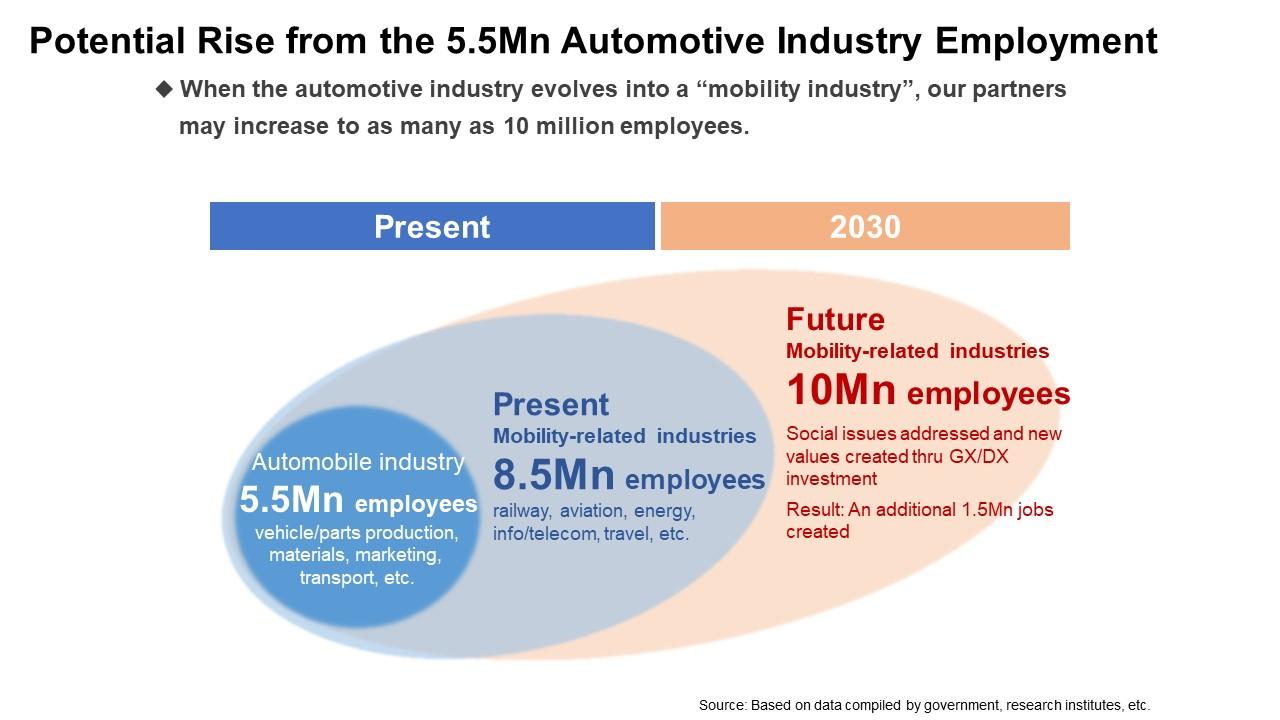 We want the opportunity to continue working for Japan’s future. This desire is driven by trust in the manufacturing frontlines that the auto industry has sustained and the people who work there.
Trust and a conviction that the talented individuals who have mastered these skills and technologies are the source of Japan’s competitiveness, and the driving force that will shape our future. 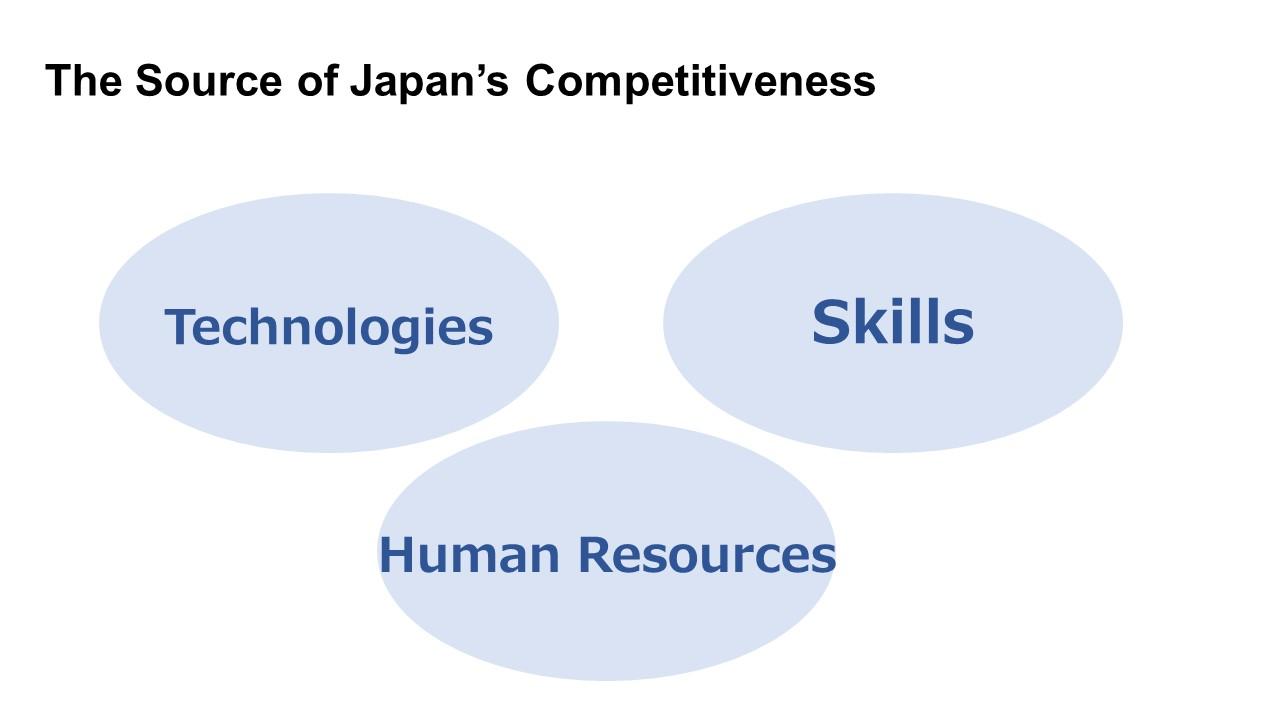 We cannot discard the efforts of the past and present by saying there is no future to our current trajectory. Instead, we must do all we can to connect them to the future. I believe this is our duty as the business leaders of today.

I was gratified to hear Prime Minister Kishida speak of the auto industry as “a central pillar of the economy and job creation in Japan,” and the mobility sector as “a central axis of new capitalism.” 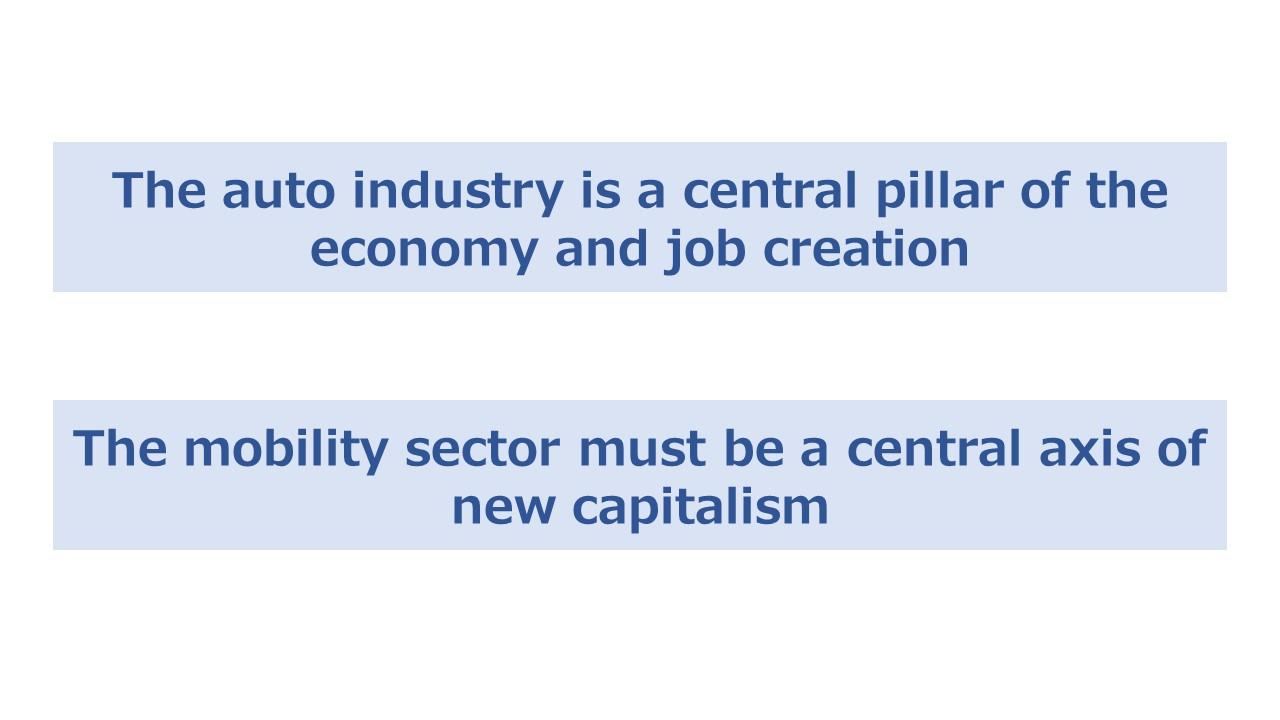 Over these past two years, as we have continued to take action together with our 5.5 million auto industry colleagues, the circle of like-minded partners has expanded to the Keidanren and the prime minister’s office. I believe this is where the real challenge begins.
The new year will begin with the spring labor-management consultations, where the automotive industry plays a key role in contributing to a virtuous cycle for the economy and society.
Then the G7 Hiroshima Summit in May presents a valuable opportunity to familiarize world leaders with Japan’s unique path to carbon neutrality. Through the Committee on Mobility, we will arrange public trials and speed up efforts to broaden options.
In the fall, we will also host our first motor show in four years, which we have named the JAPAN MOBILITY SHOW. By including startups and spanning many industries, we hope the event will showcase the future of mobility and the strength of an all-Japan approach. 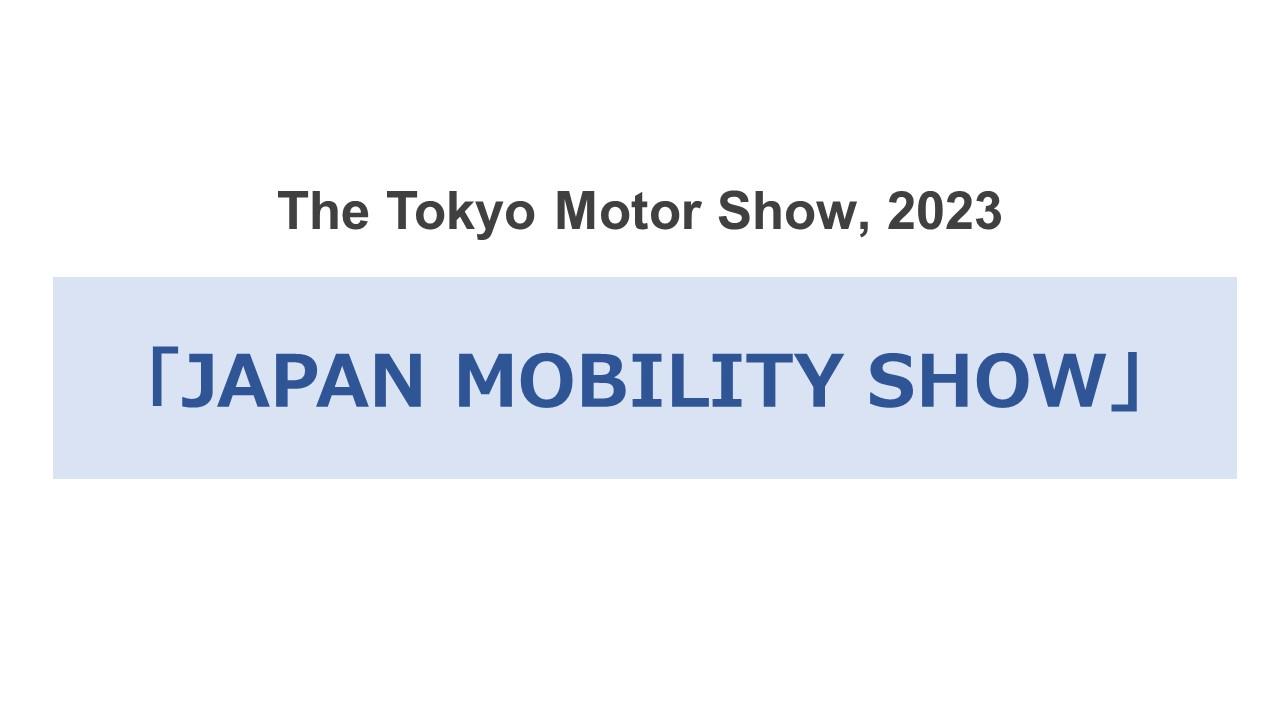 Working with our many partners, with a shared purpose among the public and private sectors, I believe 2023 will be the year for us to show the world Japan’s unique path to carbon neutrality and the country’s underlying strengths. The auto industry will continue to do everything we can to serve as a pacesetter, and we look forward to your continued support.